For the past couple of months my Sunday morning tradition has been to watch Cook's Country on PBS while eating breakfast. It's a nice, relaxing way to start my Sunday. Pretty much every time I watch Cook's Country, or America's Test Kitchen for that matter, I want to make whatever they are making. They make all of their dishes sound fabulous. However, I don't always feel like getting up to find a pen and some paper to write the recipe down, so most of the time I just watch and wish I were there. Sometimes I can find the recipe online later, but not always, so not writing it down can be a bit of a gamble.

It was different when this dish came on one morning, after hearing the description I instantly jumped up and grabbed a notebook and a pen. It sounded so delicious that I knew I had to try it! That was a couple of weeks ago, and this week I finally made it.

Now, I've never, ever had a souffle before (don't worry, that will change sometime in the not so distant future), but I imagine this is basically a corn/cornmeal souffle. It was pretty easy to put together, and turned out beautifully! I did have to let it bake a little longer than the directions said, but that didn't seem to be a problem. 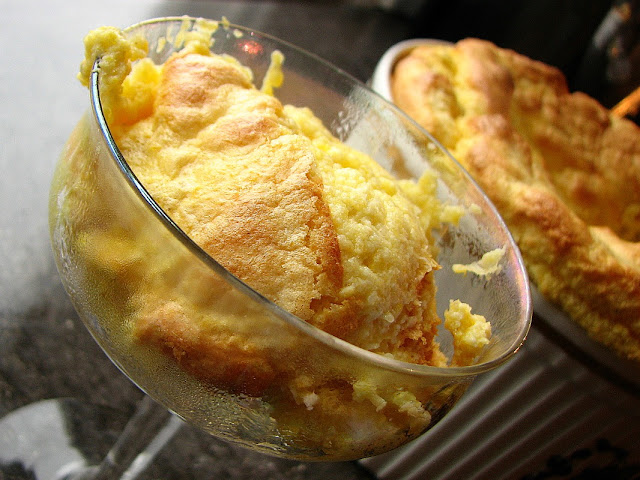 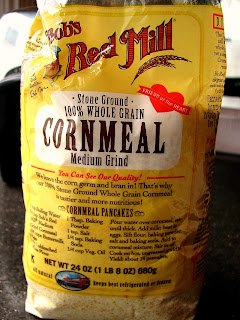 I used coarse cornmeal, I don't know if that made a difference in the final product
but it was delicious nevertheless 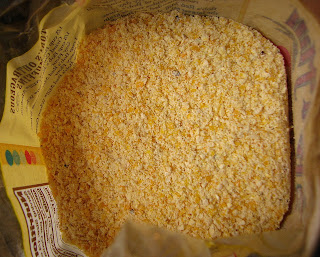 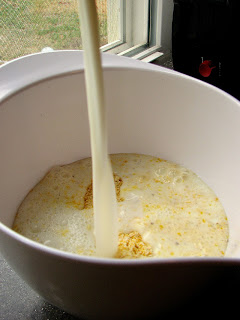 Letting the cornmeal soak in milk Soaking up all the creamy goodness 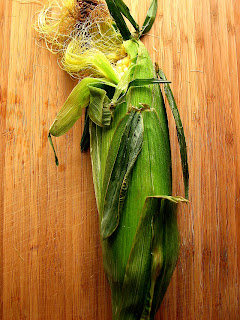 Note to self, try this recipe again in August when corn is in season 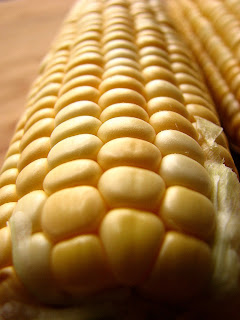 But for April corn, it really wasn't as bad as I thought 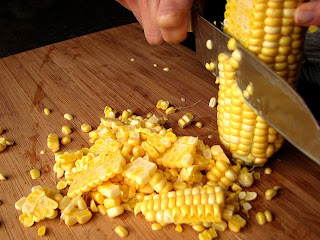 Cut those kernels off 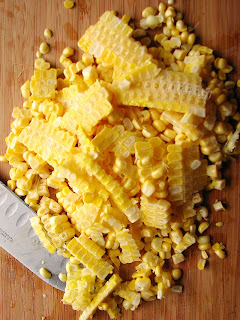 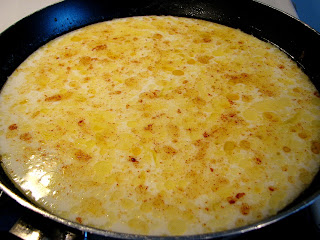 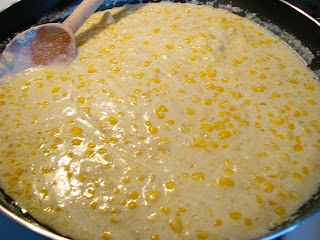 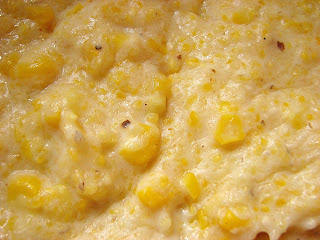 I could have stopped right here and eaten the whole bowl, it was delicious! 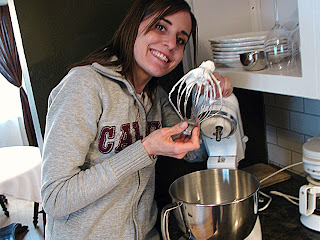 Lara, whipping up some egg whites 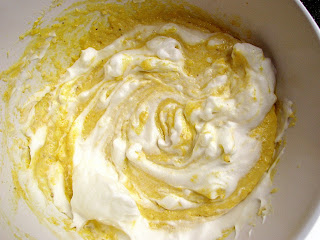 Folding in some of the whites 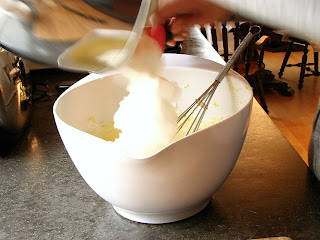 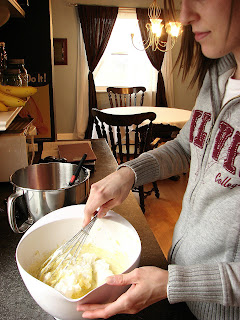 Lara being ever so gentle 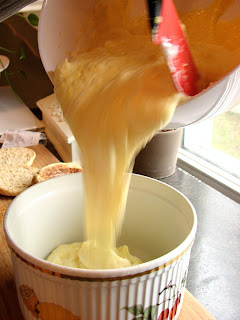 And into the dish it goes 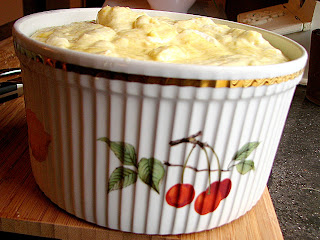 Thanks for letting me borrow the souffle dish mom! 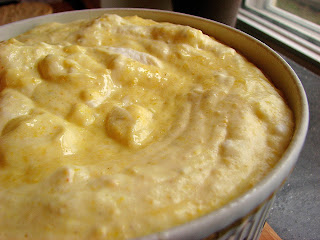 Headed for the oven 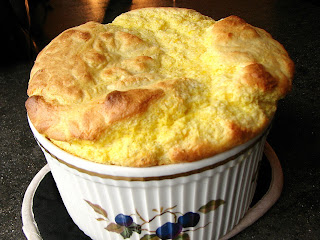 The finished product, I think it should be much browner on top,
but oh well, it still tasted delicious 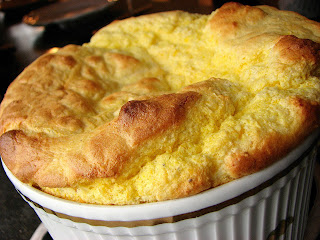 Ready to dig in 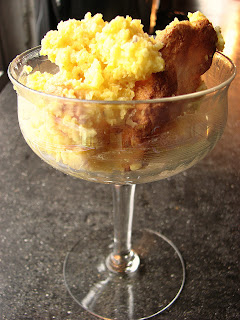 Sweet Corn Spoonbread
from Cook's Country
Ingredients
Directions
Preheat oven to 400°F. Generously grease a 1 1/2 quart soufflé dish or an 8-inch square baking dish. Whisk cornmeal and 3/4 cup of milk in a small bowl until combined and set aside.

Melt butter in a Dutch oven or large, heavy pot over medium-high heat. Cook corn until beginning to brown. Stir in sugar, salt, cayenne and remaining 2 cups milk and bring to a boil. Remove from heat, cover, and let mixture steep for 15 minutes.

Transfer mixture to a blender or food processor and puree until smooth (or use an immersion blender). Back in the pot bring mixture back to a boil, reduce heat to low and add the cornmeal-milk mixture, whisking constantly until thickened, about 2 to 3 minutes.  Transfer to a large bowl and return mixture to room temperature, about 20 minutes.

Once cool, whisk in egg yolks. Beat egg whites and cream of tartar in a medium bowl until stiff peaks form and fold it in to the corn mixture, one-third at a time. Pour batter into prepared baking dish and bake until spoonbread is golden brown and has risen above rim of dish, about 45 minutes. Serve immediately.