Growing up, my mom would often come home from the grocery store with a package of a dozen mini poppyseed muffins. They would go on the table along with whatever we were eating that night, and I would always eat two or three. I don't know why these particular muffins popped up every once in a while, all I know is that I sure enjoyed it when they did. It's been a while now since I had one of these muffins, they no longer make a regular appearance at our table, but I still have all the great memories. Because of these memories I've been eyeing this recipe for quite some time, but I never got around to making it. Every time I looked in the cookbook I would think about those grocery store muffins and wonder how these would compare. Well, I don't have to wonder anymore, a few weeks ago I got my answer. 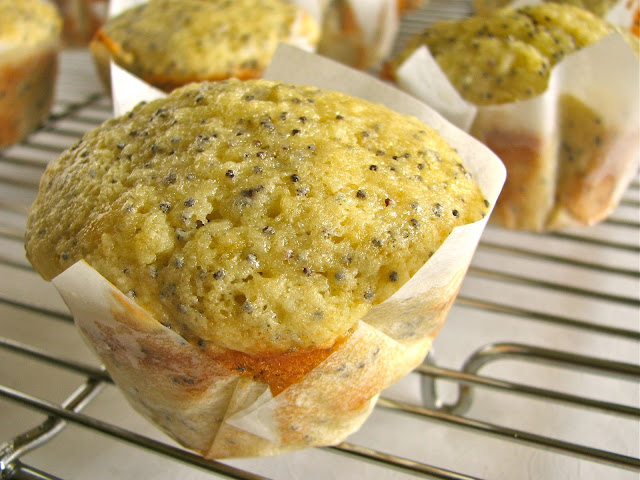 I had an opened package of sour cream in my fridge that had to be used before it went bad and I had an urge to make some muffins. What else was I to do but to go to the store for a bag of lemons and get started on this long awaited recipe? To be honest, I didn't want to make the entire recipe, it looked huge and I didn't need that many muffins, but since the recipe had 5 eggs which can be difficult to halve, and I wanted to be sure they turned out perfectly, I decided to just do it and make the entire thing.

I was right, the recipe was huge. My mixing bowl was almost full with batter, and I think I ended up making 24 good size muffins. It was a fun recipe to make, the batter was so light, fluffy and lemony, the pale lemon of the batter a perfect contrast to the small black poppy seeds. While baking, they perfumed the entire kitchen with a divine sugary, lemony fragrance. Once out of the oven I got to brush the tops of each muffin with a sticky, lemon glaze to keep them moist and light. So the verdict? I thought they were fresh and delicious, and a wonderfully reminiscent of my old grocery store mini muffins, only better. I will be making them again for sure, but I'll probably try to halve the recipe to make the final muffin count a little more manageable. 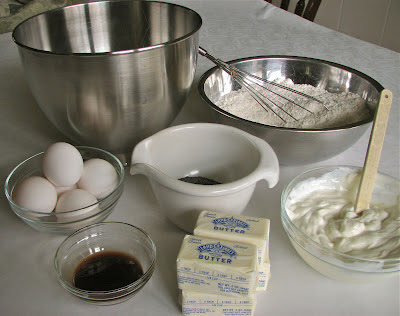 Most of the major players, ready to go 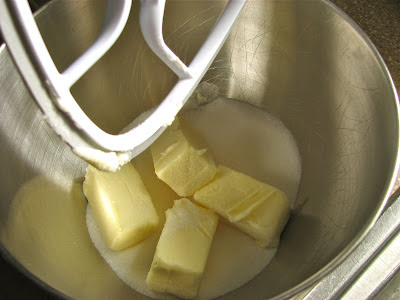 Start with the butter and sugar 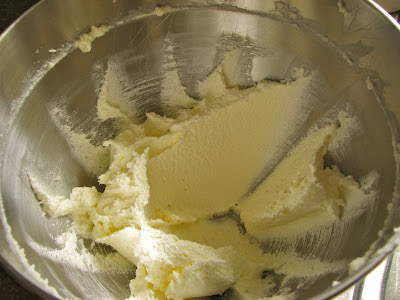 Cream them together until really light and fluffy 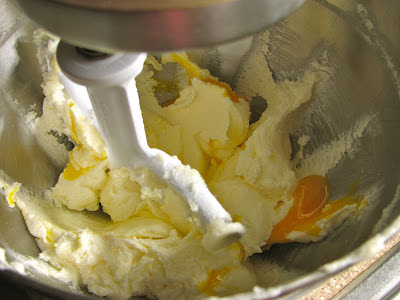 Then add in the eggs, one at a time 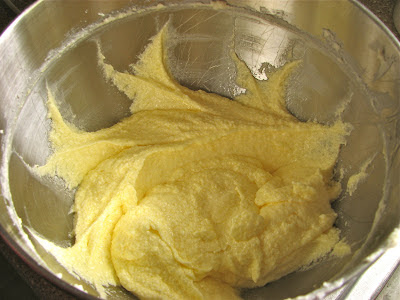 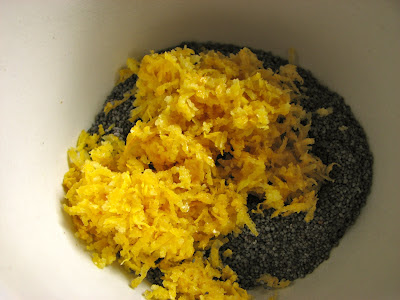 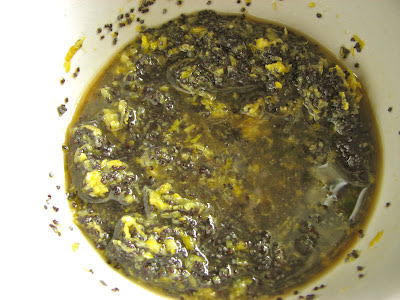 Add in the lemon juice 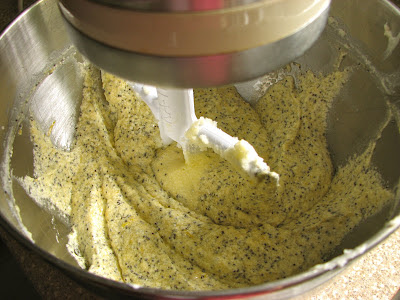 Mix it into the butter mixture 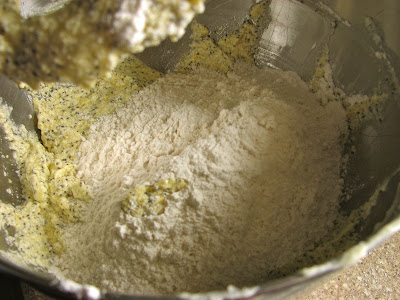 Then alternate adding the flour and sour cream,
making sure not to overmix, otherwise they won't be
as light and fluffy as they should be 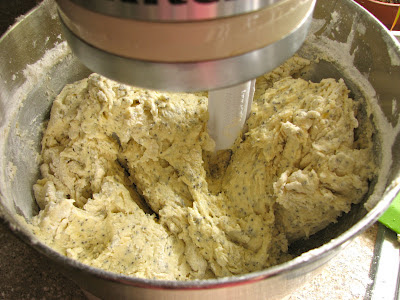 All mixed; that's what I call a bowl of batter! 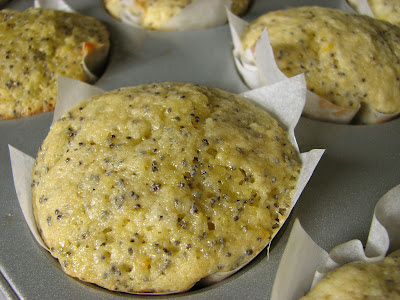 Fill up those muffin tins and bake 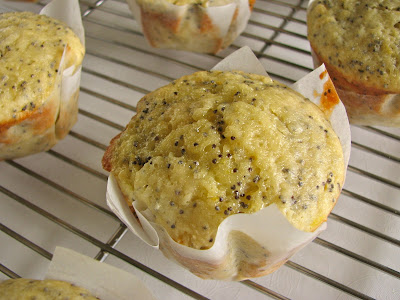 Brush with the lemon glaze and let cool slightly,
these muffins are best eaten warm or within 8 hours of baking 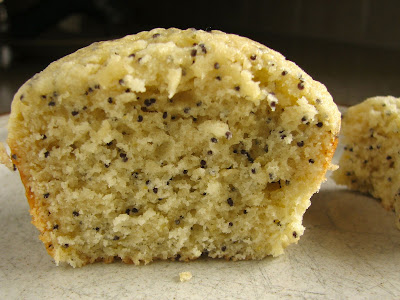 A beautiful fine crumb, lovely at a late breakfast

Line muffin cups with liners and preheat oven to 350 degrees. Cream together the butter and sugar until light and fluffy, about 3 minutes. Gradually add the eggs and mix until fully combined. In a small bowl, combine the poppy seeds, lemon zest, lemon juice and vanilla. Add to the butter mixture and mix until well combined.

In a separate bowl, whisk together the flour, baking soda, baking powder and salt. Add half of the flour mixture to the butter mixture and mix slowly until almost combined. Then add all of the sour cream and mix until almost combined. Finish by mixing in the rest of the dry ingredients until barely moistened. Be very careful not to over mix the batter.

Scoop the batter into the prepared muffin cups. Bake for 15-17 minutes, rotating halfway through baking time or until a toothpick inserted in the center of a muffin comes out clean. Be very careful not to over bake the muffins or they will seem dry even though they are full of rich ingredients.

While the muffins are baking, combine the lemon juice and sugar in a small bowl to make a glaze. As soon as the muffins are removed from the oven, brush the glaze generously over each one to moisten. Allow the muffins to cool for 10 minutes in the pan and then move to a wire rack to finish cooling.