Over the past year or so I have been doing more and more baking with fruit. Since I absolutely love fruit this really is a no-brainer. Any kind of fruit will do, I'm not picky. Due to the overwhelming number of banana bread/muffin/cake recipes out there I definitely end up using bananas most often. It doesn't hurt that they are cheap and freeze beautifully. But there are many other fruits that bake up well in recipes too.

Today I'm sharing a simple yet wonderful cinnamon apple muffin recipe. The cinnamon apple combo is a pretty classic pairing, and it's easy to see why. The warming spiciness of cinnamon mixed with sweet and tart apples is a match made in heaven. I don't always like large chunks of apple in my baked goods, so instead of chopping it into pieces, I decided to grate it so it kind of melts into the batter and distributes evenly while still contributing it's apple-y sweetness. Add a little more spiciness with some nutmeg and allspice, and top the whole thing with a sweet buttery topping and you have a breakfast to be proud of. 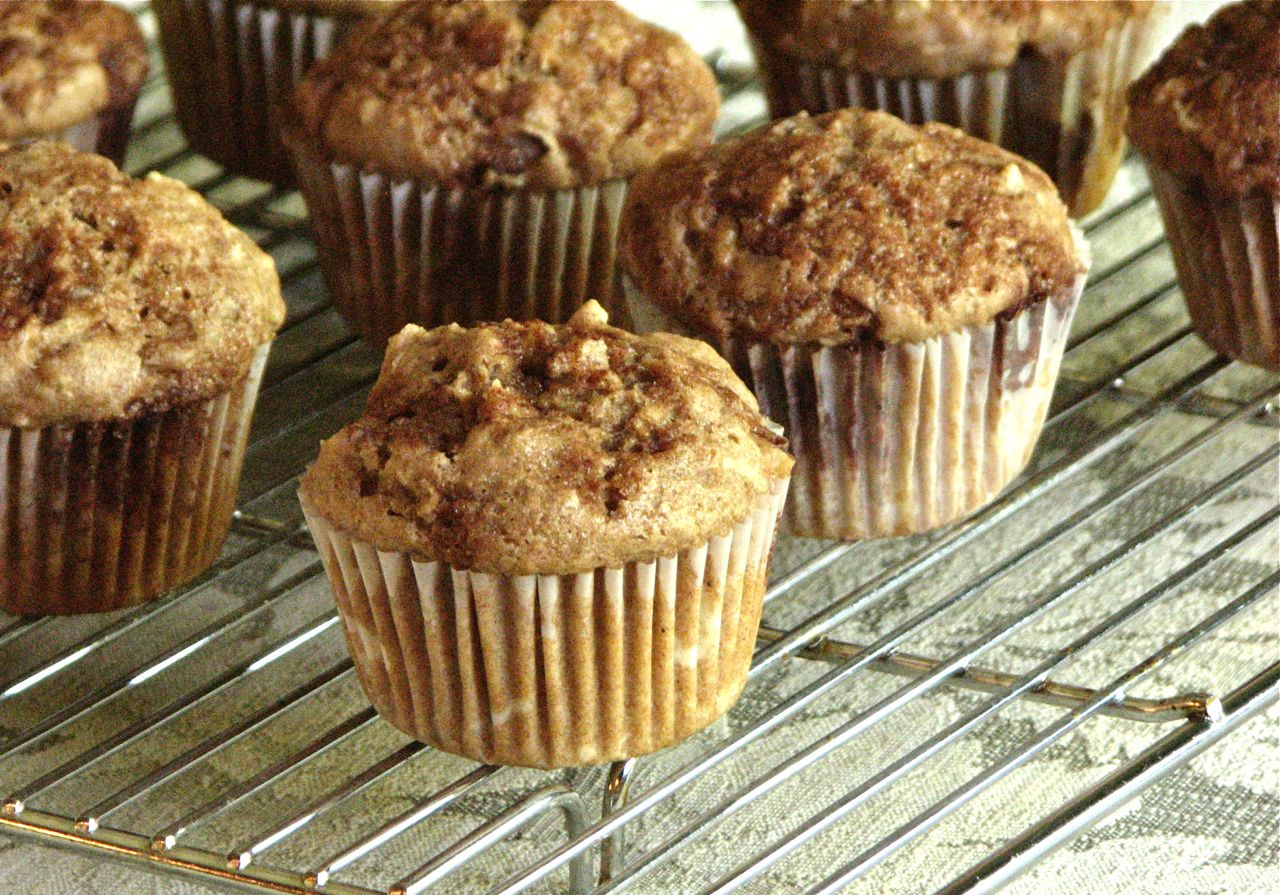 The original recipe called for coconut oil, so if that's your thing go for it, but I just used plain old vegetable oil. Next time I might even try melted butter, because why not? A blend of whole wheat and white flour gives the muffins a nice heartiness. I think some toasted walnuts of pecans would be a wonderful addition to these muffins as well. I guess I'll just have to make these again soon, what a problem to have! 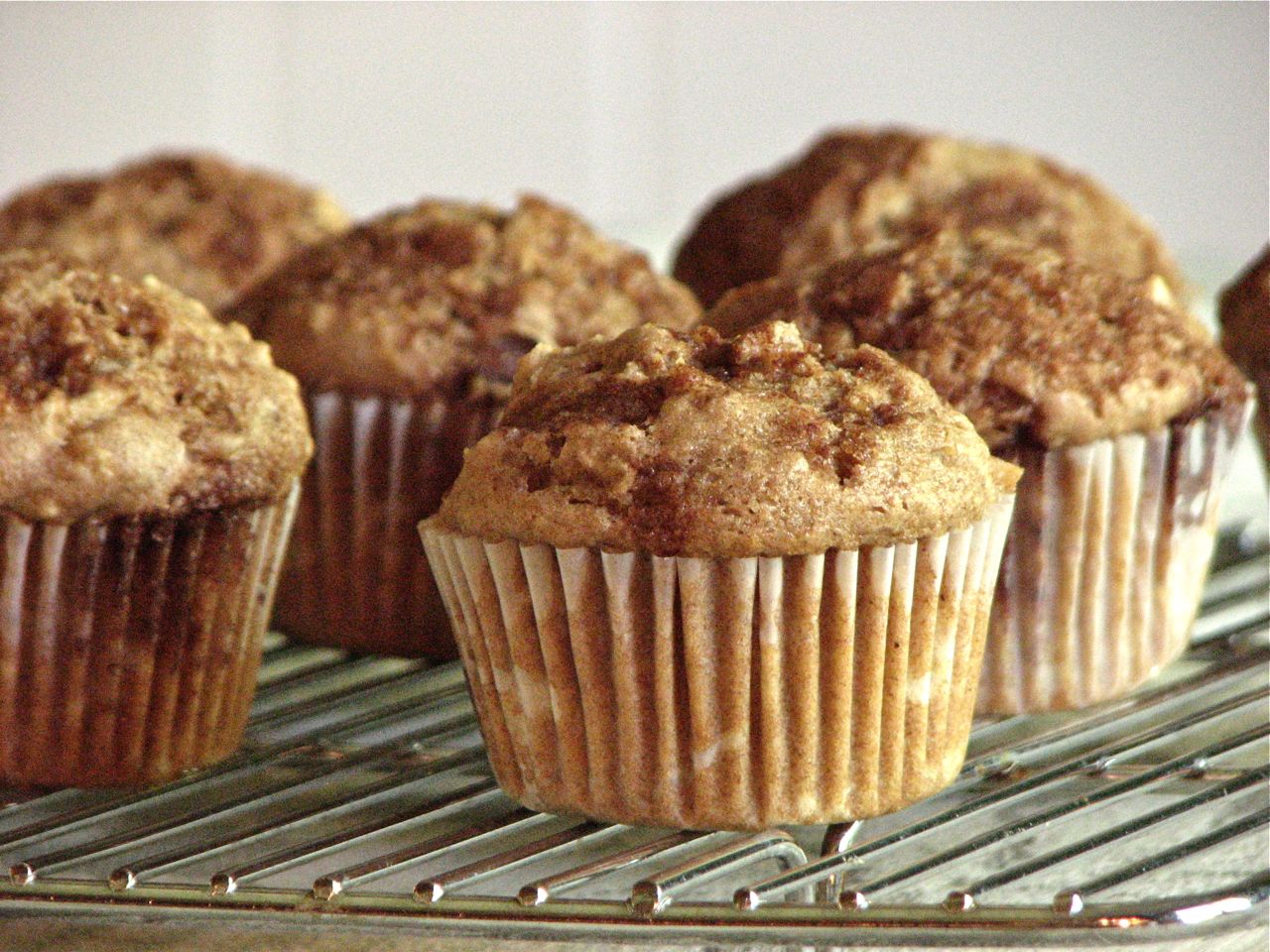 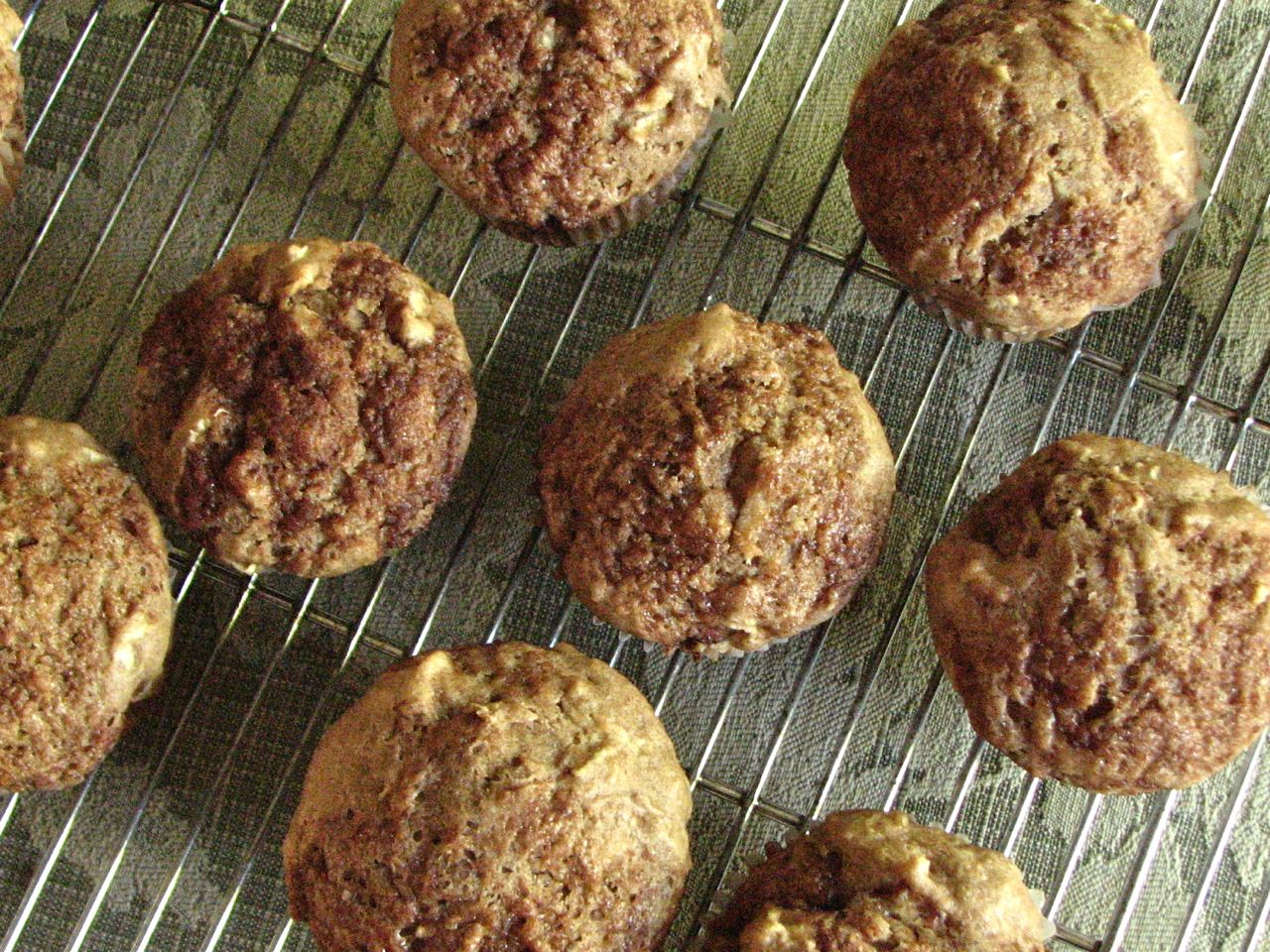 For the topping:
Instructions

To prep ingredients:  Add the vinegar to the milk and let it sit for a few minutes to let it curdle (or you can use real buttermilk instead).

For the muffins: Preheat the oven to 350 degrees. In a large bowl, whisk the oil, milk with vinegar, brown sugar, egg, and vanilla until smooth. Add the flours, baking soda, baking powder, salt, cinnamon, nutmeg and allspice. Stir until just combined. Fold in the apples. Scoop the mixture into a greased or lined muffin tin.

For the topping: Melt the butter for the topping. Add the sugar and cinnamon; spoon over the tops of the muffins. You only need a little bit to get the crunchy top effect, but if you love those crunchy cinnamon sugar tops, I'd suggest making twice or three times as much topping as what's listed here.

Bake the muffins for 15-16 minutes, more or less by a few minutes depending on size. The muffins should be golden brown with big round tops that spring back when you press them.