I love having apples in the fridge, they are a perfect snack and easy to throw into a lunch. They seem to last forever in the fridge, although I usually end up eating them so fast that it doesn't matter any way. But as much as I love apples, not just any apple will do. I am very picky about which kind of apples I will buy. In the fall, when they are super fresh and straight from the orchard I love almost all of them, but golden delicious in particular are so good. But as the winter moves on, I usually end up buying just a few varieties from the grocery store, Fuji, Pink Lady, and once in a while Honeycrisp (but I don't generally feel like I should be spending $4 a pound on Honeycrisp when all the other apples cost half as much).

A few weeks ago I accidentally picked up the wrong bag of apples. I ended up with 3 pounds of Paula Reds which I just couldn't make myself eat out of hand. They have good flavor, but are just too soft and mushy for me. Making applesauce is always an option, but this time I also decided to use some of the apples to do a little baking. While this recipe may seem like a fall recipe, I see no reason to wait until fall to bake something with apples. So grab a couple apples and head to the kitchen to throw this lovely loaf of cinnamon apple bread together. It's good regardless of the season! 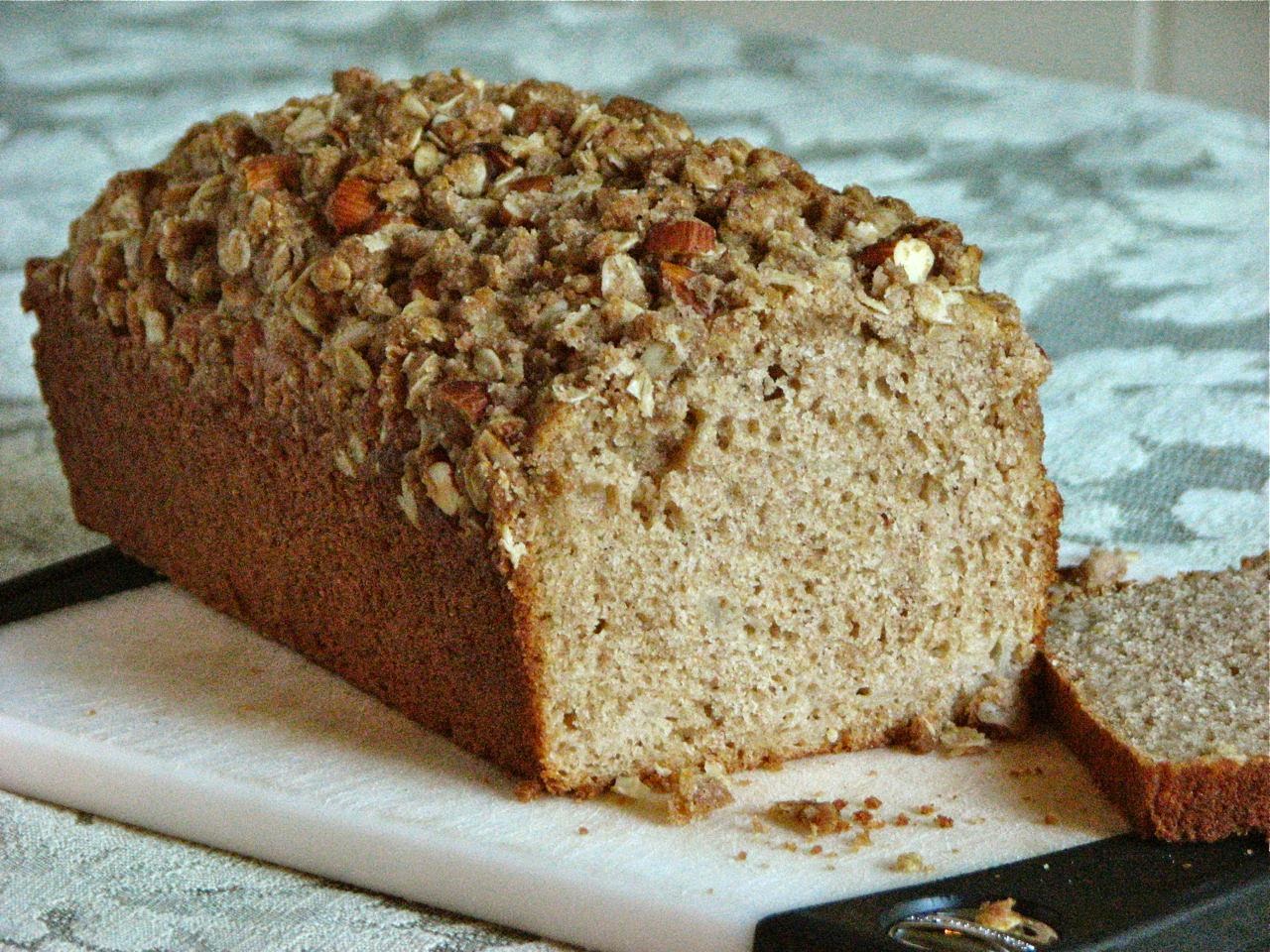 This recipe starts with a wonderfully chunky streusel, and plenty of it, just how I like it. Then you just have to throw together a simple cinnamon bread, chop up an apple and mix it all together. Into the pan, streusel on top and into the oven. The bread turned out beautifully, soft and moist, studded with small pieces of apple and perfumed with cinnamon. The original recipe called for cinnamon chips which I didn't have, but I think they would have been great in this. I also ended up using almonds in the topping instead of the walnuts because that's what I had, and it was great. But walnuts would have been wonderful too, I even think it might be nice to put some walnuts directly into the bread. So as you can see, this recipe is very versatile, so give it a shot, you won't regret it. 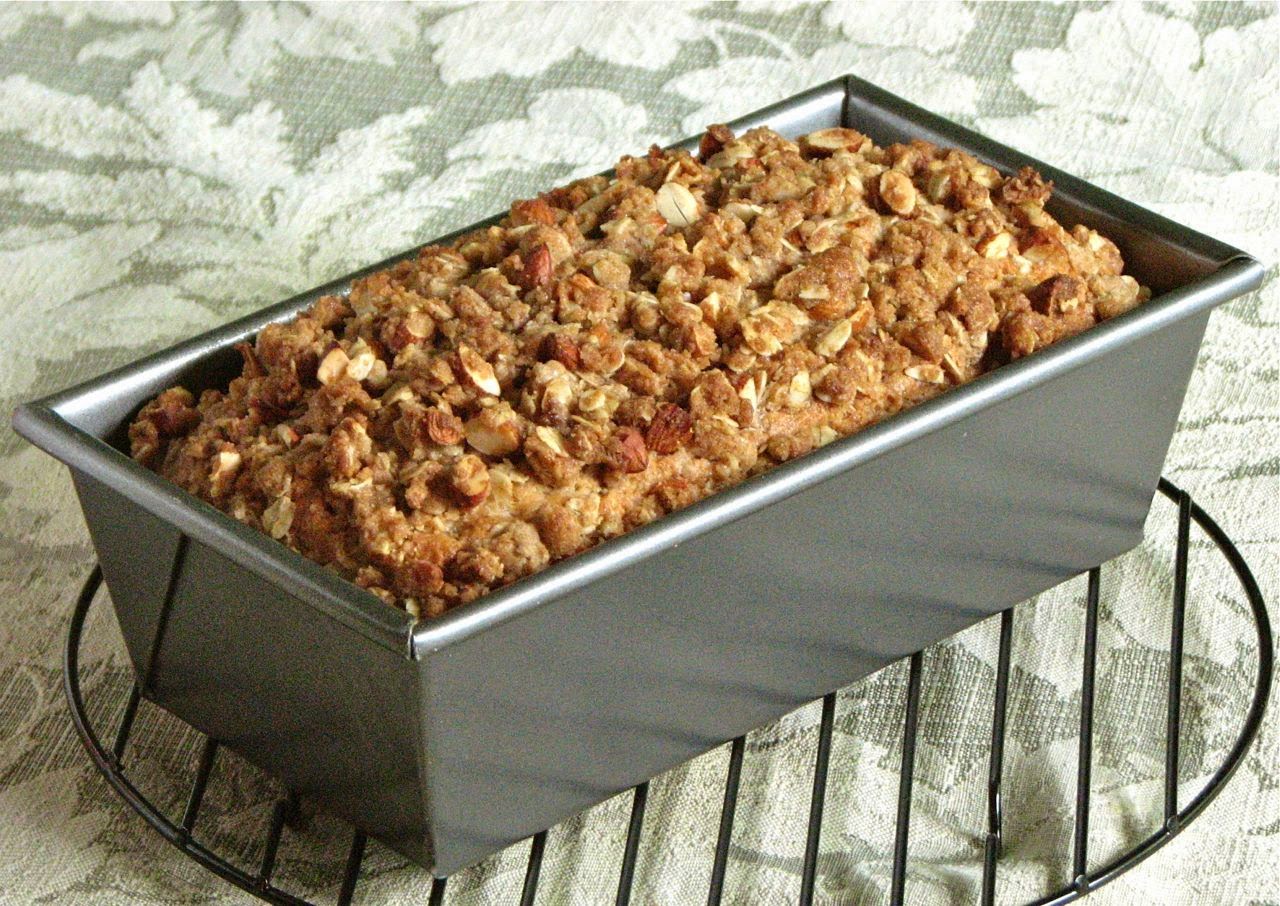 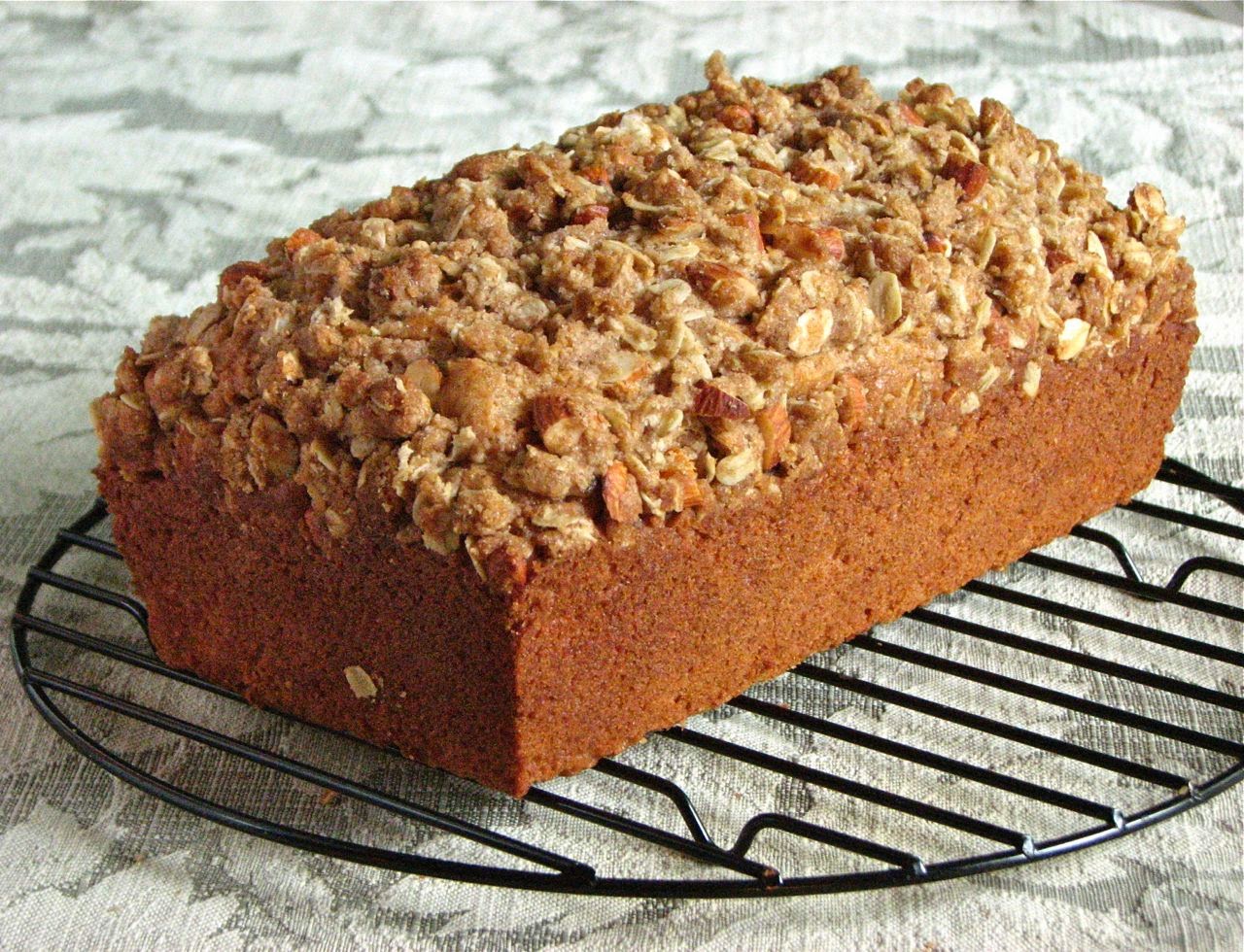 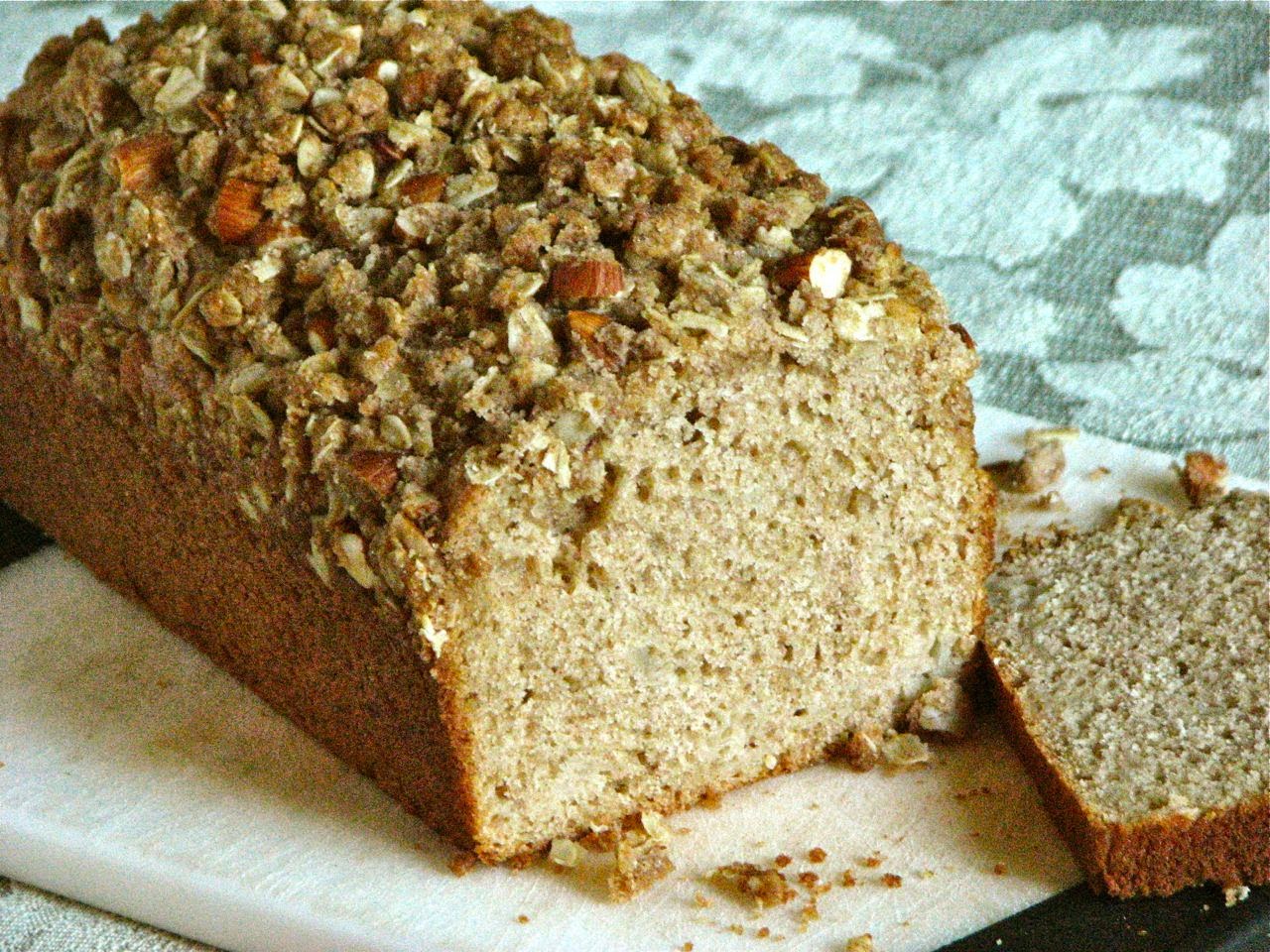 Adapted from Cookie Monster Cooking
Ingredients
For the streusel:
For the bread:
Directions

Preheat the oven to 350 degrees. Spray an 8 ½ by 4 ½ inch loaf pan with nonstick cooking spray and set aside.

To make the streusel - in a small bowl, mix together the flour, oats, brown sugar, walnuts, cinnamon and salt until well combined. Add in the melted butter and mix until combined and evenly moistened. Set aside.

To make the bread - in a large bowl, whisk together the flour, baking powder, cinnamon and salt. In a medium bowl, whisk together the brown sugar, granulated sugar and egg until well combined (it will clump together at first but just keep whisking and it will smooth out). Add in the vanilla, butter and milk and whisk again to combine. Pour the wet ingredients into the dry and mix until just combined. Gently fold in chopped apple.

Transfer the batter into the prepared pan and use a spatula to smooth the top. Sprinkle the crumb topping evenly over the top.

Bake for about 50 to 55 minutes, until a tester inserted into the middle of the bread comes out clean. If the top starts to brown too quickly, tent loosely with aluminum foil. Once the bread is cool enough to handle, gently run a butter knife around the edges of the pan to loosen. Remove to a wire rack to cool.