I'm always looking for new ways to repurpose some of my favorite recipes. They're favorites for a reason, and wonderful as originally written, but it's still fun to try out new twists to see if you can come up with something even better. These biscotti fall into this category. The base recipe is one of my favorites from King Arthur Flour that I've posted about before, but I felt like changing it up a little this time. I've really been liking the cinnamon chocolate combo recently so decided to give it a go with some biscotti. The combination of a hint of warm cinnamon with the sweetness of mini chocolate chips was a winner in this recipe. Another favorite for the archives! 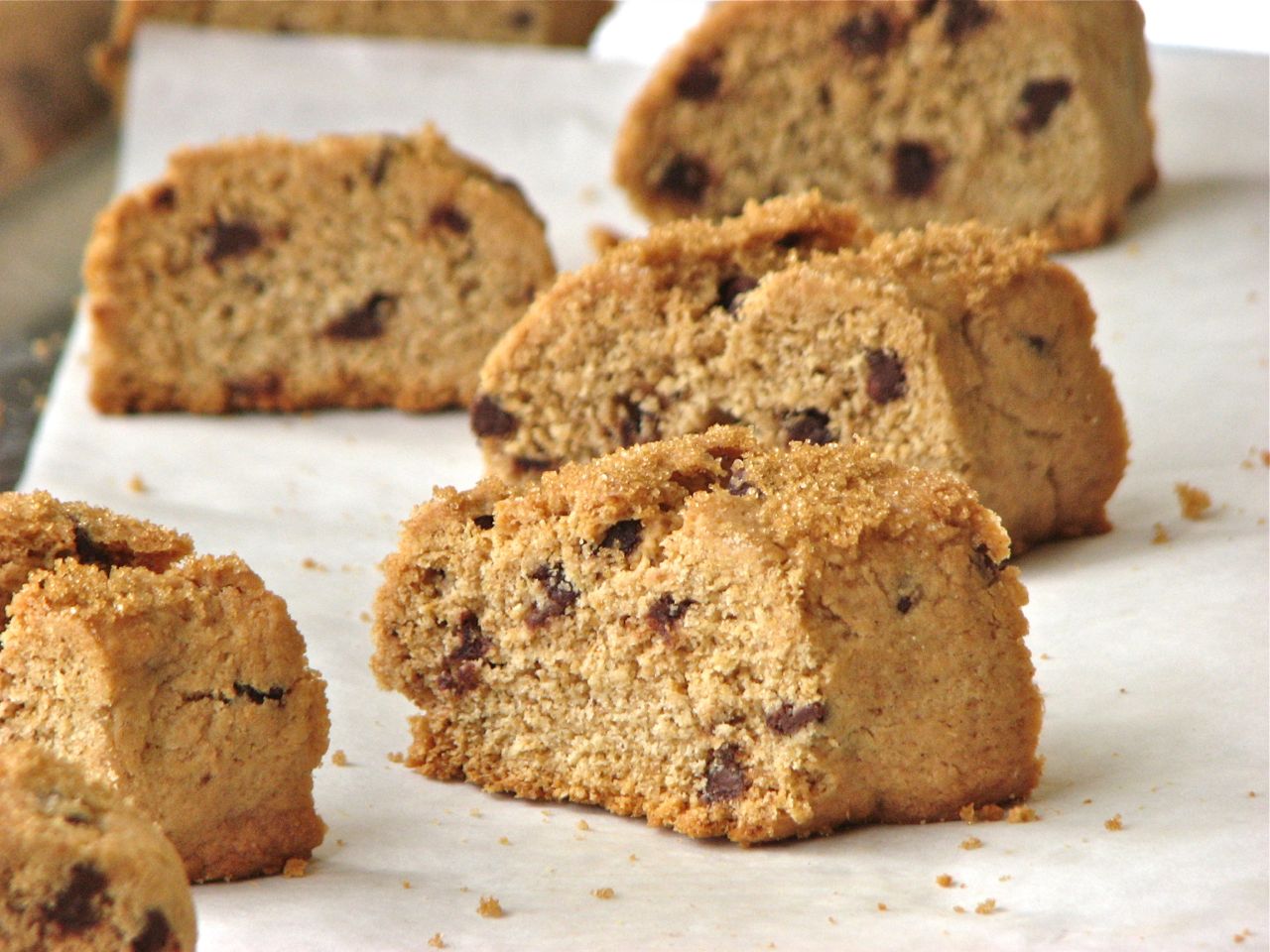 I took the original recipe and halved it because I didn't need to make a huge batch of biscotti. I also cut down on the sugar just a little bit. This didn't effect the flavor or texture at all that I noticed, but I believe it contributed to these cookies hardly spreading at all while baking. As you can see, I made some really tiny biscotti and that was partly due to the fact that they didn't spread like I expected them to during baking. But that was okay with me, they are still delicious, and I think they're cute this way! 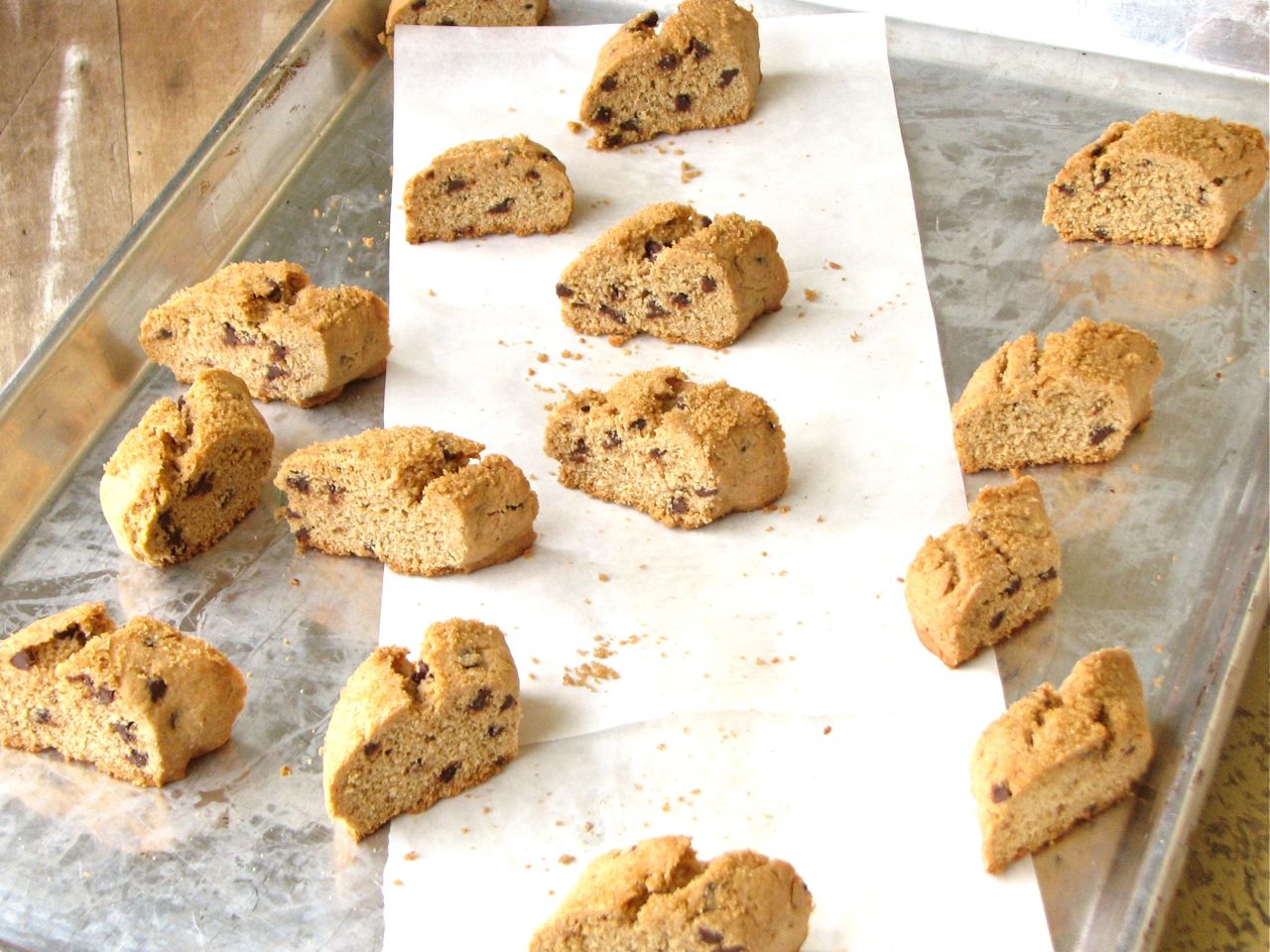 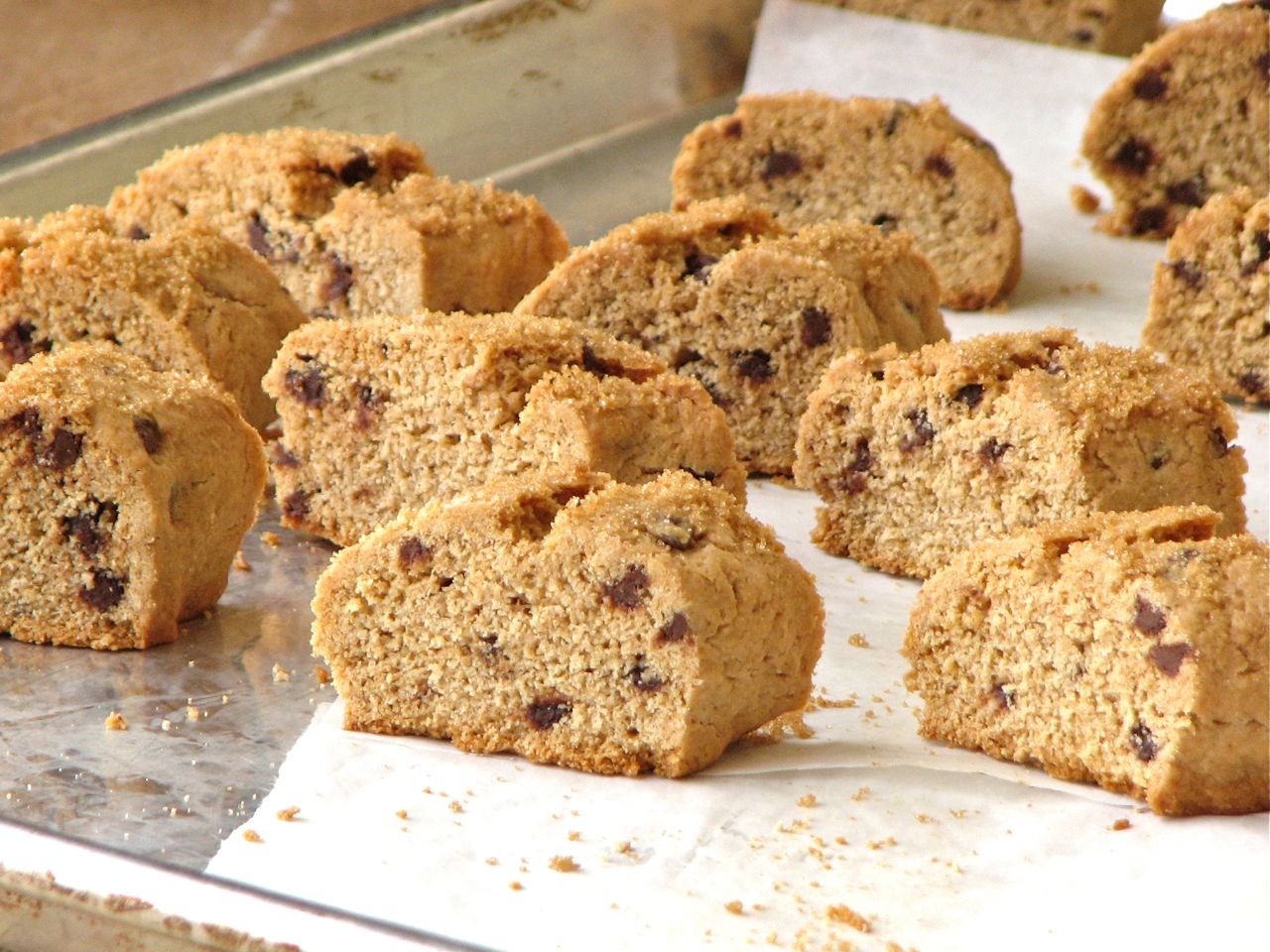 In a medium-sized bowl, beat the butter, sugar, salt, vanilla, cinnamon, and baking powder until the mixture is smooth and creamy.

Beat in the egg; the batter may look slightly curdled. At low speed of your mixer, add the flour, stirring until smooth; the dough will be a little sticky. Near the end of mixing, throw in the chocolate chips and mix until combined.

Transfer the dough onto the prepared baking sheet and roughly shape it into  9 1/2" x 2" logs, about 3/4" tall. Straighten the logs, and smooth their tops and sides; a wet spatula or wet bowl scraper works well here. Sprinkle with some more brown sugar sugar, if desired, pressing it in gently.

Bake the dough for 25 minutes, turning the baking sheet halfway through. Remove from the oven and reduce the oven temperature to 325°F.

Wait at least 5 minutes, then use a sharp chef's knife or serrated knife to cut the log crosswise into 1/2" to 3/4" slices. Or cut the biscotti on the diagonal, for fewer, longer biscotti. As you're slicing, be sure to cut straight up and down, perpendicular to the pan; if you cut unevenly, biscotti may be thicker at the top than the bottom, and they'll topple over during their second bake.

Set the biscotti on edge on the prepared baking sheet. Return the biscotti to the oven, and bake them for 25 to 30 minutes, until are beginning to turn golden (if they are browning too fast, reduce the temperature to 300 degrees after 15 minutes). They'll still feel a tiny bit moist in the very center, if you break off a piece; but they'll continue to dry out as they cool.

Remove the biscotti from the oven, and transfer them to a rack to cool. Store airtight at room temperature; they'll stay good for weeks.